The media storm surrounding the Dubai economy has been exaggerated because of the poor way it has been communicated, it has been claimed. 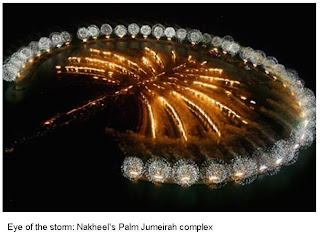 The announcement that Dubai's state-backed property developer Nakheel, the property arm of Dubai World, was seeking a standstill agreement with creditors plunged stock markets into the red and generated headlines about the economic collapse of Dubai for days.

Middle East PR experts have pointed the finger at the Dub¬ai authorities for exacerbating the ‘rid¬iculous' level of media coverage - in particular for making the announcement on a public holiday in the reg¬ion. They were also critical of a statement from Abdulrahman al-Saleh, director general of the department of finance, that ‘creditors need to take part of the responsibility'.

‘There are no two ways about it, it has been handled incredibly badly,' one senior source said.
‘The announcement infuriated the investment community and international markets.'

Brunswick picked up a brief with Dubai's Department of Finance earlier this year after the Dubai authorities ended their brief relationship with Finsbury. It is thought that Brunswick has been involved in comms around this issue, although sources stressed it was unlikely that the agency's advice about the timing of the statement was followed.

FD has also been involved because of a brief with Dubai World. Nakheel itself held pitches with financial PR agencies last year for a prospective IPO, but the plans were scrapped and no mandate was handed out.

The news is likely to be seen as a blow to financial PR in the region, given that many UK agencies - such as Finsbury, M: Communications, FD, Brunswick and Kreab Gavin Anderson - have expanded into Dubai in recent years.

Tim Anderson, partner at Buchanan, which quit the region this year, said: ‘We saw the writing on the wall at the end of 2008. Dubai will have to take some pain before its UAE partners rally around.'
Agencies are unlikely to be among the current creditors, but timely payment is a concern. One source said: ‘If you're owed money by the state, what do you do? If you sue, you'll never work there again.'
Αναρτήθηκε από mhadjimarcou στις 13:22