As reported in the article “Secret of great marketing stories: "The truth behind the facts", by Kristin Zhivago in Revenue Journal, George Lucas, when interviewed recently inThe Wall Street Journal, regarding the difference between circus and art, replied that “YouTube is circus - which the movie industry calls throwing puppies on the freeway, because you just create something and put it up and see what happens”. He then said that art, on the other hand, is "where the person contrives the situation and tells a story, and hopefully that story reveals the truth behind the facts." 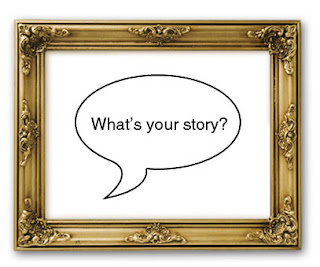 In PR we claim the territory of CREATING & TELLING ENGAGING & INTERESTING STORIES. We believe that this is exactly what good PR is supposed to do: reveal the truth behind the facts… and this is neither an easy nor a frequent occurrence! Although reasons vary from having to go through the filters of management and legal reviews, to lacking writing and imagination skills, the outcome remains the same: our stories very often come out dull and lifeless, devoid of human interest, stating only the dry facts …and then we wonder where’s the expected publicity

However, great stories paint bright pictures. Being able to communicate an authentic story is actually the cornerstone of our business success. If we think of the common characteristics great brands/companies share, top of the list would be the ability to communicate an inspiring story that speaks to the mind and heart of consumers from generation to generation…what’s changing at unbelievable speed are channels and influencers. Social media have made storytelling as easy as riding a bike and as influential as founding Christianism.. To make my case I give you the examples by Richard Edelman in his post “A More Optimistic Davos”,  of brands such as Coca-Cola “that have officially accepted that Facebook fans are 40% more likely to recommend the product and that its 22 million friends are growing at the rate of one million every 10 days. Beatriz Perez, CMO of Coca Cola North America said she is more interested in expressions than impressions, pointing to YouTube where there are 146 million videos involving the brand, only 20% from the company. Pointing to the same direction, Sheryl Sandberg, COO of Facebook, has disclosed that those with a smart phone spend 48% of their time on social media and that a friend recommendation yields a doubling in sales”. However, great stories will sell no matter where found, posted or written in ink (traditional media)… as seen with the recent Amy Chua story in the Wall Street Journal yielding 4.5 million page views, 13% of which came via Facebook.(source: Wall Street Journal)